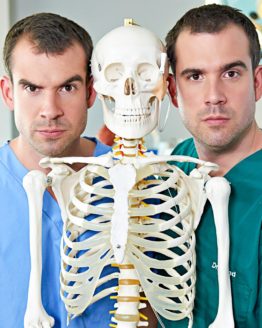 Part science documentary, part historical investigation, this programme follows a year in the life of an Oak Tree, 400 years since it started life as an acorn. It shows the challenges this extraordinary tree goes through over time and over the seasons.

Want to watch this show?
Get the channel

Dr. George McGavin did his PhD in entomology, the study of insects. He combines his academic career with television work, on shows such as "After Life – The Science of Decay" and the Lost Lands expedition series. He also has the honour of having several insect species named after him!

"A lovely film about a bearded insect botherer and a single tree."