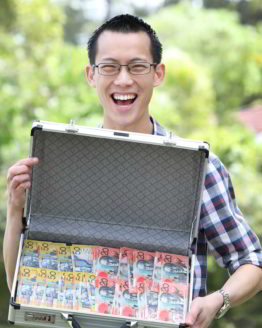 In this series host Nykeem meets kids and professionals from a wide range of sports. They break down how things work when we play, helping the viewer understand the history of sports while demonstrating fun scientific facts.

Want to watch this show?
Get the channel Download the app

Nykeem Provo is a Canadian actor and model who has been acting since he was 11 years old. He has appeared in several TV shows and feature films, and starred in the web series "Teenagers" and "Total Recall".